“No Pressure, No Diamonds” -Jackson Donaldson(my younger brother)
This quote was Team Alpha’s motto as we used our voice to send a powerful message, joining with the local Taiwanese people in Berlin, to demand “Health for All” from the government of Taiwan.

Cultural Routes has been a shrouded mystery leading up to our embark. Many alumnus explained the journey, excitement, and thrill of CR yet seemingly left out the day to day activities, allowing us to discover on our own. Joining the Taiwanese protest in the backdrop of the Brandenburg Gate in the first day of our time in Berlin was a moment when I started to understand what this Honors adventure is truly about.

Google search defines adventure as “an unusual and exciting or daring experience.” To me, this word perfectly encapsulates Cultural Routes. As a group, we are thrown into situations that make us uncomfortable, and we are forced to learn and adapt. This adventure can lead to joining forces with the people of Taiwan and/or spending hours upon hours in a single museum or memorial, providing opportunities for meaningful reflection in both scenarios.

For instance, Team Alpha spent much time walking through Treptower Park with Dr. Pitcock. This memorial depicts the triumph of the USSR over the Nazi regime in World War II, showing a moving story of the Russian people persisting against the forces of evil. The memorial is concluded with an enormous statue of a Soviet soldier using his sword to dethrone the evil of the Nazi regime while guarding the tomb of an unknown fallen Soviet soldier. Team Alpha was carefully led, by Dr. Pitcock, through the memorial, spending precious minutes soaking up as much of the information and symbolism as possible. Yet, after all of the time we took walking through the memorial, once we were finished, we spent time sitting at the foot of the statue, admiring the beauty and vastness of our surroundings.

This memorial was breathtaking and emotionally moving. Yet, even after being moved by this ornate site, it is hard to reconcile with the glorification of the USSR through a memorial knowing the brutality that was a result of Stalin’s authoritarian government. Do the USSR’s actions to end the war justify the creation of a memorial even with the horrors that occurred as a result of that regime? Can we separate different actions by the same actor? Is the USSR, as a whole, being glorified because of this memorial? These questions do not have easy answers. There are intricacies and complexities that are important to consider when thinking about these inquiries.

This is CR. We are forced to think about historical events and cultural in ways we have not been exposed to yet. This leads to challenge, reflection, and discovery. We are “daring”, often put in “unusual” situations, and ,lastly, it truly is an “experience.”

Berlin has been incredible in many different ways. I have learned so much about the previous Nazi regime, the Jewish experience during WWII, Germany’s history, WWII, German cultural, and Germany’s cultural memory. Yet, I can not fully describe my experience in Berlin without shouting out the amazing individuals on Team Alpha. You have already helped me grow in ways you may not even know. I don’t know what I would have done without Taylor’s vast knowledge on German history(and incredible S-Bahn and U-Bahn skills), Lauren’s constant optimism and contagious smile, Emma’s jokes and interesting stories, Harris’s steadfast logic and reasoning, and Kynnedi’s thoughtfulness and meaningful questions. I am thankful to have been a part of an awesome team that challenged and pushed me. Thank you Team Alpha. 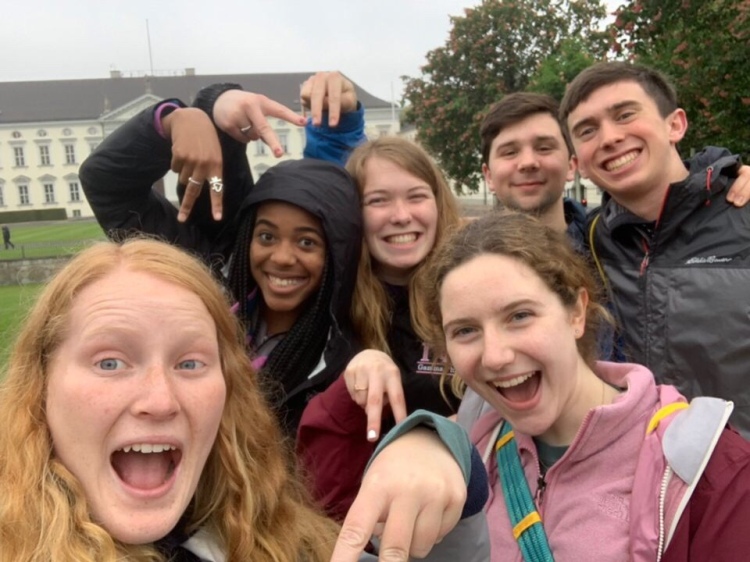 As I say goodbye to Berlin, my feelings are a mix of sadness and excitement. It is sad to leave a city that fascinated me so much, yet I cannot wait to explore the upcoming cities and uncover their stories.

This site uses Akismet to reduce spam. Learn how your comment data is processed.